A new study by about screen time shows that children are spending more time watching television than ever before. Comparing pre-mobile device usage in 1997 to when mobile devices were widely available in 2014, the study found that television consumption still significantly outpaced mobile devices such as smart phones or tablets.

“There is growing concern over the amount of time that children, particularly very young children, spend watching shows and in front of 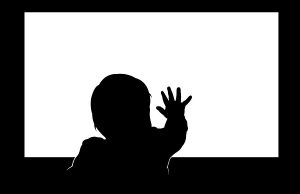 screens,” said Weiwei Chen, assistant professor in the Department of Health Policy and Management. “Our findings were surprising as it feels like mobile devices are omnipresent, but televisions are still the most common way for young children to consume media.”

The study, which was published in JAMA Pediatrics, found that the average amount of screen time in 1997 for children up to the age of 2 was 1.3 hours while children between the ages of 3 and 5 spent about 2.5 hours a day on screens. By 2014, children up to the age of 2 were using screens an average of 3 hours per day – more than double the amount of time. It was found that children aged 3 to 5 did not have a significant increase.

This study is unique as it uses written diary data provided by parents instead of general surveys that are often administered at a later date, which may cause a greater parental recall bias.

“The increase in the amount of screen time for infants and toddlers is telling. Our study reinforces general findings that a variety of characteristics, such as education and income levels, relate to screen use,” said Jessica L. Adler, assistant professor in the departments of history, in the Steven J. Green School of International and Public Affairs, and health policy and management in Stempel College. “Further research is needed, once data become available, to assess changes in media consumption and device use in more recent years.”

While there is much concern about the overuse of mobile devices to occupy and entertain children, it is important that more attention be paid to the amount of television they are consuming, according to the researchers.