In an increasingly multicultural society, helping individuals navigate the food landscape with an eye toward better health can be challenging. 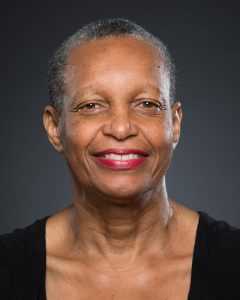 Associate Professor Marcia Magnus of the Stempel College’s Department of Dietetics and Nutrition at FIU knows that better than most. With the university for more than 30 years, she served for part of that time as a public health nutritionist for the United Nations Caribbean Food and Nutrition Institute, which offered technical assistance to 19 countries in the region. She has since followed up with her own research on the subject and recently published an industry guide on how to deliver “culturally sensitive” nutrition-related services.

Her book is designed to help bridge the divide between nutrition professionals in the United States and their culturally different clients, Magnus explains, “because 87 percent of nutritionists and dietitians are white females” at the very moment that the nation is growing ethnically more diverse.

“Our culture, at the individual level, determines our health and how we think about our ability to solve health problems,” Magnus says. “If nutritionists and dietitians assume that their non-white clients have the same beliefs about diet and disease, shop in the same food stores and eat the same foods as they do, oops, they’re not going to get very far.”

One extreme example: An Indonesian-American mother explained the death of her newborn infant to Magnus by speaking of an evil spirit that took away the child. Magnus, by contrast, understood the tragedy as a result of the woman’s gaining barely a third of the weight necessary to support healthy fetus development. Culturally sensitive nutrition counseling in such a case goes well beyond counting calories or laying out nutrition facts, Magnus explains. It starts, as it always should, with getting to know the client, she says. Does the person have an accent that indicates he comes from elsewhere and so has beliefs and eating habits that might contrast with those of the average American? Does she wear a Muslim headscarf, an indication that religion might play a role in diet?

Magnus, originally from Jamaica, has seen the reality of cultural disconnect in her own work. In recent years, she has visited area barbershops to teach nutrition to “multiethnic Black men,” a group that is more than twice as likely to die from prostate cancer than white men.

Critical to helping change poor diets, Magnus says, is an understanding among nutrition professionals that “we really live in two different worlds.”

Magnus explains that many low-income individuals live in food deserts. They have access only to convenience stores that offer “the worst selection of produce items you have ever seen,” she says. “When dietitians come along and recommend five servings of fruits and vegetables every day, they just think, ‘Why?’”

Notably, Magnus’ visit to a Haitian barbershop did not go nearly as well as those to African-American and Jamaican hair cutteries. The clientele in the former asked that she address the group in Creole, a language of Haiti that she does speak.

“Part of the reason why we just naturally want our health care providers to belong to our ethnicity is because they already know the foods,” she says. “They’re not asking what is ackee,” a tropical fruit that stars in Jamaican cuisine. “They already know.”

Magnus suggests that the food industry has already jumped on meeting the ethnic tastes of its customers by offering grocery store items and restaurant meals that feature or incorporate foreign cuisines—IHOP’s “Mexican Tres Leches” pancakes being just one example she cites. While these appeal to a broad audience and can lead to healthy sales, the foods are not necessarily produced with an eye toward physical health, Magnus warns.

“It’s going in the right direction, logically,” Magnus says of American businesses’ response to changing demographics. “What IHOP is saying is, ‘Well there are 60 million Hispanic Americans, we want them in here.’

“But their goal is not to improve nutritional status.”

With Magnus’ book now available, the recruitment and education of greater numbers of  dietetics and nutrition students from a variety of ethnic backgrounds, and an anticipated willingness on the part of nutrition professionals to expand their knowledge of various groups’ nutritional needs, the hope is that improving everyone’s diet through meaningful exchange will soon be possible.