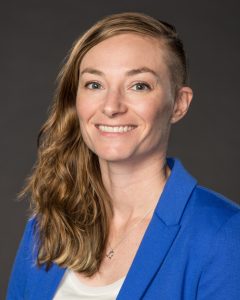 Dr. Nicole Fava of the School of Social Work is only part way through the Sexual Well-being Among Youth (SWAY) Project, which is funded by FIU’s Research Center in Minority Institutions, but has shared with colleagues and others some key takeaways so far.

She is focused on developing a trauma-informed multidimensional measure of youth sexual health that is “sex-positive” versus the “risk-framework” that has traditionally been used. In short, she is looking at how racially marginalized teens who have experienced childhood adversity—whether abuse or neglect, living with an adult with a substance abuse disorder or in extreme poverty, for example—view their own sexual health.

“Sexual health is physical, mental, emotional and relational or social well-being as it applies to your sexuality,” Fava says in loosely citing the World Health Organization’s definition. “So it also includes thinking about relationships that are supportive and sexual experiences that are free of coercion. It’s not just about the physical or behavioral piece.”

Getting to a broad understanding of an individual youth’s wellbeing, however, has never been easy.

“Currently we have no empirically validated measures of sexual health” for people of any age, Fava says. “We only have ways to measure sexual risk, and then we talk about health as the absence of that risk,” which might include having multiple sexual partners or having unprotected (heterosexual) sex. Another measure typically employed, she says, is to look for the absence or presence of negative outcomes such as sexually transmitted infections or unwanted pregnancy.

“But none of that really tells us about the other components of sexual health,” Fava says. Furthermore, measures used are often developed using adult data and then applied to adolescents.

So Fava has taken a holistic approach to a complex subject. Her study notably invited participation only from teens (ages 13-17) who identify as Black or Latinx and who have a history of childhood adversity or trauma. Typically, researchers have not sought out such a population for study due to fears of re-traumatization, skewed data or methodological complications.

But Fava welcomed these young people precisely because they could shed light on how adversity might impact questions and perceptions of sexual health. So to make sharing easier for teens, she adopted a trauma-informed approach: creating a safe space based on voluntary responses, collaboration, transparency and no judgments.

Results of group and individual interviews so far show that teens enjoy participating in dialogue that calls out their expertise and validates their experience.

“Teens really appreciate being included in considerations of their own health and wellbeing,” Fava confirms. Among the questions discussed: What do you think it means to be healthy in terms of your sexuality? What kinds of things do you consider to be important parts of sexual health for teens? How do life experiences affect a person’s sexual health?

Once she has fully analyzed the data, Fava will create a tool that can be used by health professionals to assess teen sexual health. Then she will invite back the same teens to review the tool and provide feedback.

“I hope that in creating this measure it will be able to be used across different settings by pretty much any adult who is working to support the health and wellbeing of teens,” Fava says, “and that it would really serve as a point of data for adults to understand a teen’s whole picture of their sexual health and also open the door for a conversation with teens that goes beyond indicators of risk.”

Such discussions could provide the basis for healthy growth and development in a world that often seems stacked against those on the cusp of adulthood.